When planning your Subaru EJ20 or EJ25 engine build, one of the most important factors to consider is the engine block. The power handling ability of a Subaru engine is often limited by the block. 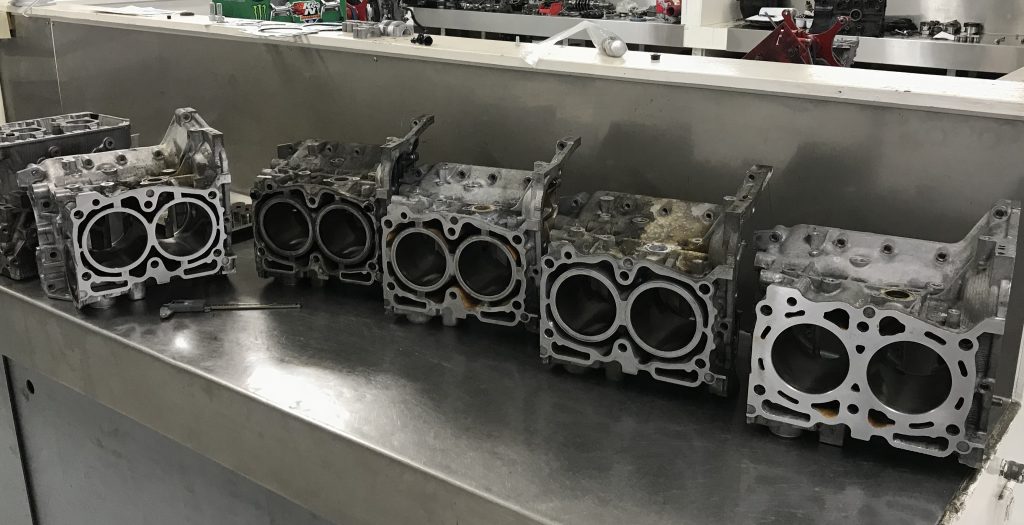 When planning your Subaru EJ20 or EJ25 engine build, one of the most important factors to consider is the engine block. The power handling ability of a Subaru engine is often limited by the block. It's important to choose a block that will suit you in the long term, so put some thought into it. The three main types are Open-Deck, Semi-Closed and Closed-Deck blocks.

Firstly, where does the name come from? The 'Deck' is the name given to the block surface that's machined flat for the head gasket and cylinder head to seal against. 'Open', 'Closed' and 'Semi-Closed' refer to support space between the cylinder wall and the block. 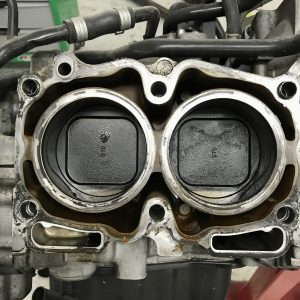 Open-deck blocks are the least desirable and weakest variation. These are a block commonly found in non-turbo Subarus, however did make it into a few turbo WRXs, Legacys, Foresters and even the Version 5/6 STI.

'Open' refers to the space between the cylinder wall and the block itself being open.

We recommend using these blocks for standard rebuilds where performance won't be increased. 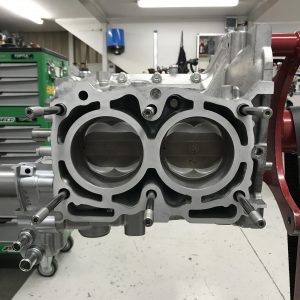 These are found in most EJ20 and EJ25 Turbo vehicles. Semi-Closed deck blocks offer reasonable strength and an open coolant passage to the cylinder head for optimal cooling.

'Semi-closed' is similar to an open deck block, with the addition of extra bridges to support the cylinder wall. Regular semi-closed deck block are typically reliable for 4-500HP (300-370kw). If the engine needs to withstand prolonged stress at this power level (i.e. Motorsport use) we recommend considering the 'W' or Closed Deck. 'W' or 'Motorsport block' was a variation of the EJ207 that came out in the JDM GRB STIs. These feature the same additional bridges and a thicker cylinder wall providing even more strength. 'W' blocks work well in high power and motorsport applications. We have reliably used this block at 700HP (500kw). Closed Deck blocks were from the first generation of Subaru EJ20 Turbo engines. Found in RS Legacys and a few V1/V2 WRX STI RAs, they are getting difficult to find in good condition. 'Closed' refers to this space being essentially closed in, apart from the holes that allow coolant to flow to the cylinder heads. This provides the best strength and support for cylinders when used in high horsepower applications. Open and semi-closed deck blocks can be modified with a press in plate and CNC machining. This is used to turn a modern EJ20 or EJ25 into a closed-deck block. Possum Bourne Motorsport offers this Close-Decking service for NZD$1390+GST. CNC Closed Deck Modification EJ25 CNC Closed Deck Modification EJ20 Extreme power EJ20 and EJ25 are based on Closed deck blocks. We have pushed the Ex-Possum Bourne Hill Climb car in excess of 800HP (600kw) with a highly modified PBMS Closed Deck EJ20. https://www.youtube.com/watch?v=UDSHuVuPQE0